Janis Dawson, OkMEA Past President is the Chair of the OkMEA committee that communicates with ill or bereaved members of our association. Send the name of the member and their best e-mail address to her. Janis also maintains an email list of those who would like to receive information about members of the association.

“I just want to let everyone know that I suffered a stroke and blood clot in my brain earlier this week.  It was really scary but I am home now and doing well.  I’m going to need to find someone who wants to take a long-term sub for me because I can’t return to work right away.  Thank you for your prayers on my behalf.”
Please remember her in your thoughts and prayers and pass on the information to someone who might be able to sub for her.
Mindy Betrridge
9410 N. 104th East Ave
Owasso, OK 73151-9409
[email protected]
Posted on June 3
On Saturday, Kathlyn Reynolds fell and broke her left hip/femur. (This has happened to her before but she recouped from the last bout.) She had surgery to insert a rod into her femur. Yesterday they placed her in ICU because she had low blood pressure. I spoke with her daughter today and it looks like she’s better but sleeping a lot. She is in Baptist Hospital but only her daughter is able to see her. But, I know she would appreciate hearing from her music family with some cards. The address you can use for sending is:
Kathlyn Reynolds
11612 Western View
OKC, OK 73162
Posted on January 14
After a few days in Baptist Hospital in OKC, Paula Isch, former OkMEA President, and long time teacher in Weatherford and Cheyenne, is in rehab in Edmond recovering from recent congestive heart failure. She has trouble walking, but has a couple of rehab sessions a day, and can talk on the phone.  She says it’s OK to visit write, or call:
Paula Isch
906 N. Blvd.
Edmond OK; 73034
580-497-6105.
She’ll stay in Edmond (where her daughter lives) for a while, before making a decision about the future.

George Mechling, Del City music teacher Brenda’s husband, is to have open heart surgery (triple bypass) on Friday, January 22.  Brenda is going to take a 4-6 week leave of absence to take care of him. They both would appreciate our thoughts and prayers.

Steve, the brother of Wes Singleton, Edmond Memorial choral director, passed away recently after a valiant battle with cancer.  Please remember Wes and family in your thoughts and prayers.  Send condolences to:

Wes Singleton
317 Kimberly Dr
Edmond, OK 73003
[email protected]
Posted on March 9
Steve Snider, longtime band director, musician and private teachers of over 40 years in Oklahoma passed away on March 1 after a long battle with ALS. For an update on services and a site to read his obituary and sign the guestbook:
http://www.mobley-dodsonfuneralservice.com/obituary/steve-snider
Posted on March 9
Bob Steichen, music instructor and director of counseling at Northern Oklahoma College, passed away. To read his obituary and sign the guestbook, send a card, etc:
https://www.troutfuneralhome.com/obituaries/Robert-Eugene-Steichen?obId=20175080#/celebrationWall
Posted on June 18

Send condolences to Jan Hulsey for the recent death of her father-in-law.  Jan retired from teaching a number of years ago from Putnam City North.

Co-Chairman of Music at Mid-America Christian University, Kim Arnold’s grandfather passed away.  Please send your condolences to her at:

Our colleague and friend JoAnn Barker lost her husband unexpectedly and mother-in-law this past summer.  Her mailing address is:
7810 E 4th street
Tulsa, OK 74112.
[email protected]
She is at Childers Middle School in Broken Arrow.  This will be a really tough school year and I’m sure she needs all the condolences we could give her.

Miami High School choir director, Ron Stowell’s wife recently passed away from her battle with cancer.  They had been married 53 years.  We need to surround him with our prayers, thoughts, cards, emails, and words of encouragement.
Ron Stowell
1414 12th Ave NE
Miami, OK 74354-3804
[email protected]

Both the father and mother of Randy Hurst, executive secretary of OMAA, owner of Midwest Music, and retired band director of El Reno, passed away on different days last week.  Randy is so faithful to keep us informed of former band directors who have passed away, as well as the backbone of OMAA, and we need to surround him with our love, thoughts, prayers, condolences, and encouraging words.
Randy Hurst
2604 S Reno Ave
El Reno, OK 73036
[email protected]
[email protected]

From Lisa Cullison’s post on Oklahoma Choir Directors:  Wanted to share that my dad , Jack Pearson, passed away Sunday in Shawnee. He was a retired voice teacher at Oklahoma Baptist University, and the Bisonette Glee Club Director for 33 years. Many in this organization knew him and had him as a director or a teacher at OBU. His service will be Monday May 6 at 3:00 PM at University Baptist Church in Shawnee.
Send condolences, thoughts and prayers to:
Lisa Cullison
PO Box 91
Geronimo, OK 73543-0091
[email protected]
1-580-2767 (texts)

Send your thoughts and prayers to retired Durant choral director, Carolyn Wilkins, at the death of her older sister, Paula.

Congratulations to Carolyn Hutcherson on her retirement from Checotah High School!

Molly Fain, music teachers at Mustang Trails Eisenhower, is the proud mother of;

Brenda Trammell has retired from teaching in the Jenks Public School district for 41 years.  Please send your congratulations to her for her long tenure and excellent teaching to the students in this district.

Deryla Dorsey has retired after many successful years of teaching at Shattuck.  She has carved out a dynasty in her corner of Oklahoma and will really be missed.  Send her an email or drop her a card. 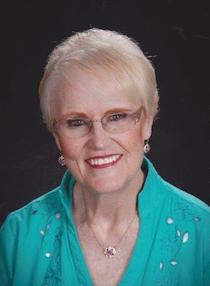